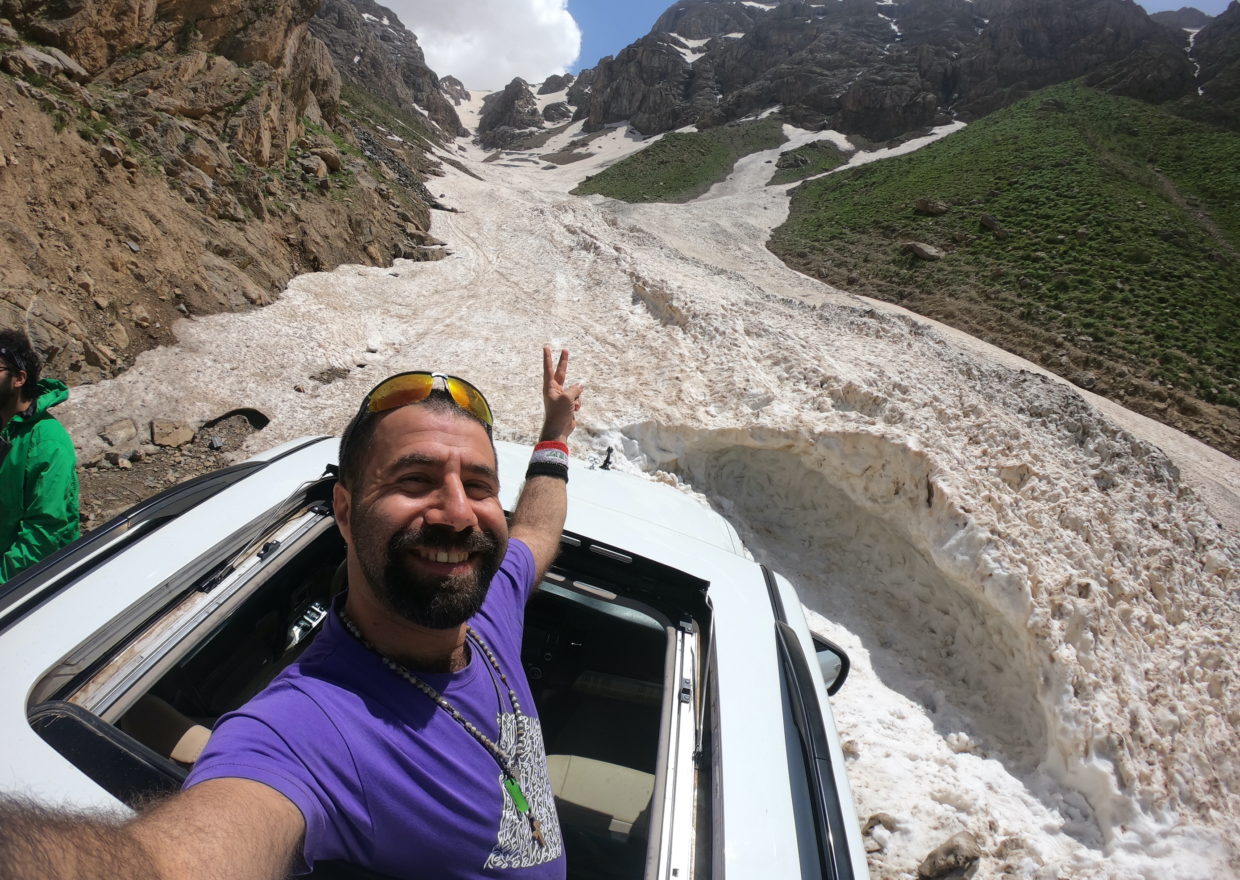 When you see the pictures on Advenature’s Facebook page – filled with mountains, rivers, and beautiful landscapes – few would expect these to be taken in Iraq. With his company Advenature, Yousef Al-Fahad, hopes to change the picture of Iraq by showing the natural treasures that his country has to offer. As he strives for a country that is less depended on oil and better preserves its nature.

In his four-wheel drive, Yousef Al-Fahad regularly drives through the mountains of Kurdistan to show tourists the beautiful nature of Iraq. He goes climbing, hiking, kayaking, or camping. It doesn’t matter where they are from: everyone comes to experience nature. Since Al-Fahad shows them places that are very hard to reach, they see things that they have never seen before.

The potential of tourism in Iraq

Al-Fahad explains that he wants to change the picture of Iraq. “Iraq doesn’t have a big touristic sector. The hospitality companies that do exist in Iraq all visit the same   places. Also, many people believe that Iraq is not a safe place because of ISIS. Foreign people see Iraq as a country with terrorists and even local people often don’t see Iraq as a safe place for holidays”, he explains.

However, Al-Fahad believes that Iraq has a lot to offer to tourists: “In Iraq, we have lakes, the sea, rivers: we have everything for tourists.” He also explains that Iraq has become a safer place. To show the touristic potential of Iraq, Al-Fahad has a Facebook page and an Instagram account. On these pages, he posts pictures of his travel experiences. “I want to show what is really going on in Iraq. Not the bad news, but the normal situation of Iraqi people.”

Al-Fahad thinks it is important for Iraq that the image of Iraq and tourism in Iraq will change. ‘Iraq now depends on oil. If the oil will be finished, what will be the income for the Iraqi people?’  Instead, he hopes for investments in the tourism sector, as this could be an important source of income for Iraqi’s in the future.

The first company that saves the environment in Iraq

Besides unlocking Iraq’s tourism potential, Al-Fahad hopes to have an impact with Advenature by better preserving nature. “Iraq is full of beautiful nature that serves to be protected”, he explains. Notable examples include the lake Bahr al Najaf in the south of Iraq, the waterfall Geli Sibarka in the Kurdish city Duhok and the cave Beston, located in the North-East of Kurdistan.

By showing the beauty of these area’s on social media, the founder of Advenature hopes more of these nature areas will be protected by the UN or other international organizations. “I want to be the first company to save the environment in Iraq.”

Al-Fahad believes that also on another level his enterprise has an impact. He explains that there are tensions in Iraq between Kurdish and Arabic Iraqi’s. Arabic Iraqi’s have the idea sometimes that Kurdish Iraqi’s hate them. Al-Fahad believes that his travels can change these ideas. “When we take some of the Arabs from the south of Iraq to Kurdistan and they see they are respected at the checkpoint, they change the picture that they have about the Kurdish Iraqi’s from the news.”

Iraq’s natural treasures keep on surprising travellers. “The people are very surprised about the nature of our country. They didn’t know Iraq has this kind of nature, they thought you can only find it in Turkey or in other countries.”

Not only people traveling through the country, but also people – from all over the world – following the company on social media are frequently amazed by the beauty of Iraq. “They don’t know these pictures are from Iraq.” One time, the Italian ambassador told him about a picture of the Iraqi mountain region: “This picture must be taken in Switzerland!” 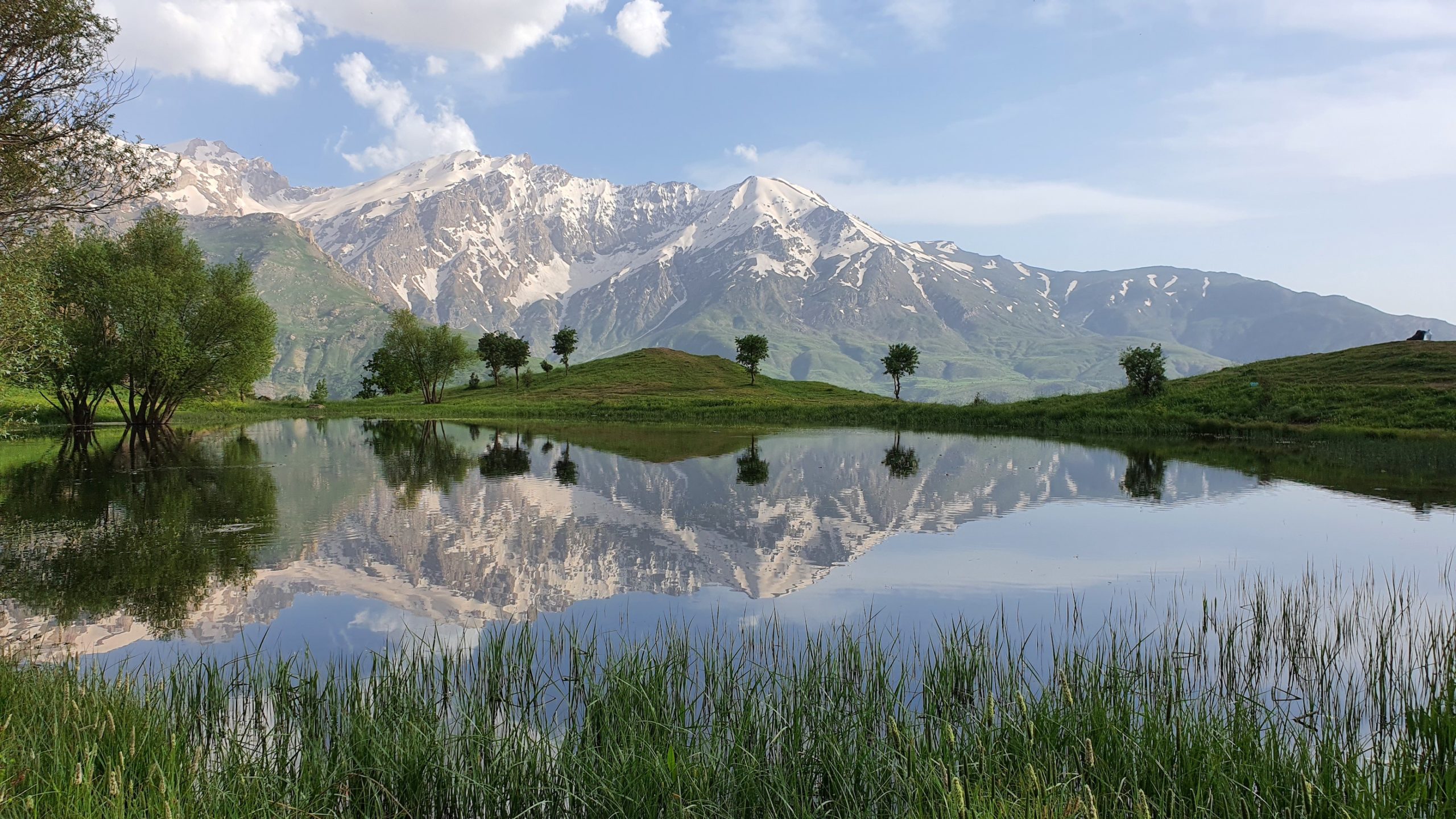 Tourism as a force of good

The last years have not been easy for Al-Fahad. Nevertheless, Al-Fahad is determined to carry on with Advenature and to realise his dream: making Iraq a better place and a more attractive destination for tourists. He is also full of new ideas, such as parachute jumping and balloon flights. “Yet, Advenature is not just for fun. I’m trying to shed light on undiscovered places and bring them to the attention of investors and local governments. I want to make them interested in domestic tourism and make it an important source of income for the Iraqi economy.”