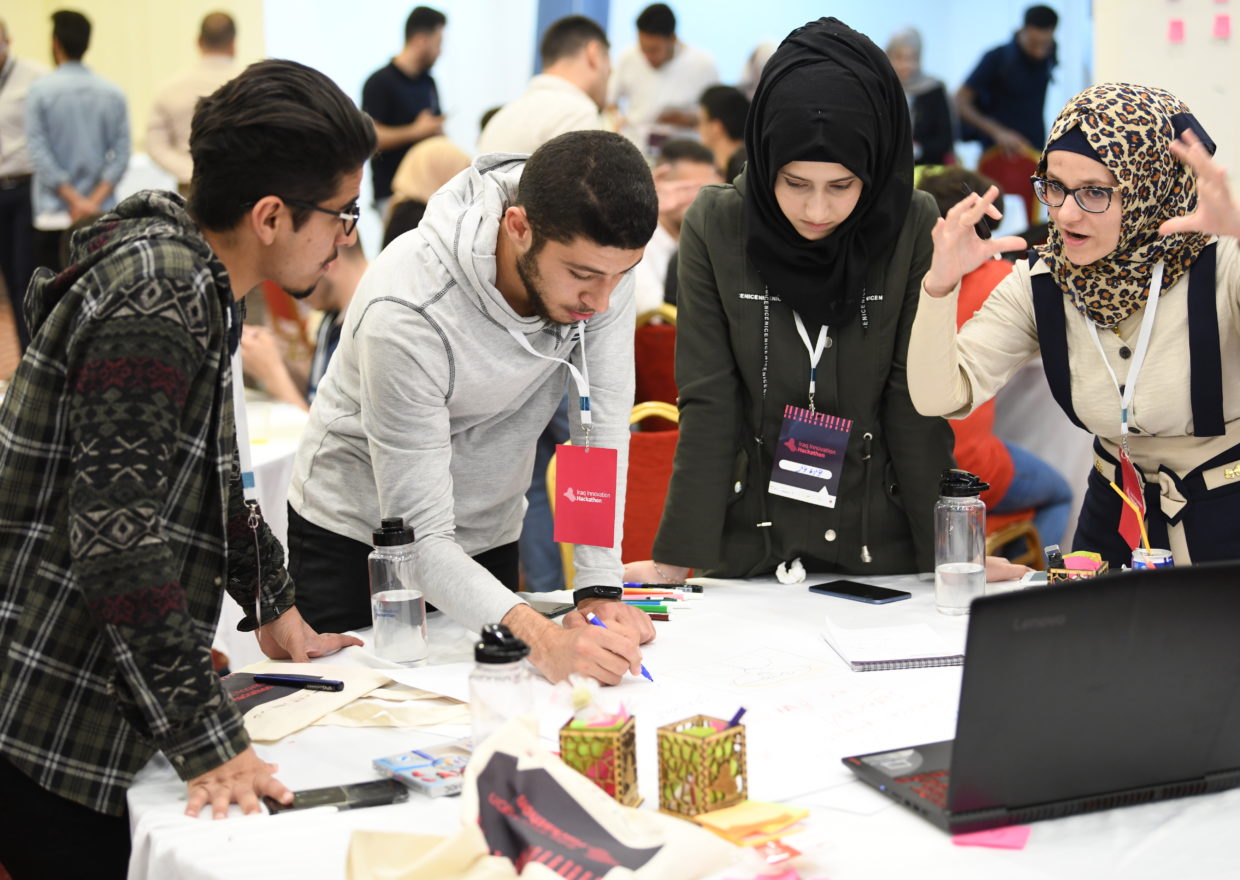 A simple Google search on ‘Mosul’ will most likely return plenty of pictures of a destructed city. However, when you add the word ‘Space’ to the search term, you will find images of young people working on their future and the future of their city. This community of young people is ‘Mosul Space’, a maker space founded by Salih Mahmod. As he shares his story of Mosul Space: an experience full of courage, perseverance and hope.

Taking control over your development

The story of Mosul Space goes back to before ISIS started to take control of Mosul as Mahmod tells. In his days as a student – while studying electrical and communication engineering – he got fed up with the style of teaching at his university. “The education in some Iraqi universities is hopeless”, he explains. As a student who was eager to learn, he got the idea to buy electronics and start a club of like-minded people, so that they could buy electronics together. The idea was to learn by doing and practice with the newly purchased electronics.

The siege of Mosul by ISIS

By the time the second purchase of electronics arrived in the city, ISIS had taken over the city. Subsequently, Mahmod fled from the city while his friend, Zeid, who stayed in Mosul, received all the recently purchased electronics instead. A new period for Mosul Space started: Mahmod stayed outside Mosul and Zeid, with the newly purchased electronics, was inside Mosul, under the Siege of ISIS.

Mahmod explained that people inside Mosul couldn’t not receive education for three years. Because some of them still wanted to learn, many people called Mahmod for advice. To help them keep learning, he advised them specific books to read and to borrow the electronics from Zeid to practice with them. “You should use this time in a good way, you are basically in jail.”

Mahmod tells that he couldn’t go to university for one year, but he could go to the alternative university of Mosul that had settled in Kirkuk. With the inspiration and some pocket money from the Innovation for Development program, he started to develop Mosul Space further. He was able to organize a big workshop in 2016 with 200 people from the university about the internet of things, and a build session with 15 people: people brought electronics and tried to build something together. In the last year of the siege of Mosul by ISIS, there was no internet connection anymore, and he lost contact with Zeid. “I didn’t know whether Zeid was alive at that moment.”

The reunion and return to Mosul

In the meantime, district by district got liberated from ISIS, and also the district of his friend, Zeid. Different friends from earlier liberated areas had already joined the alternative Mosul university in Kirkuk, Mahmod tells. Ultimately, Zeid found the phone number of Mahmod and also went to Kirkuk. When Mahmod, tells about the reunion with his friend, there is emotion in his voice. “It was fantastic. I can’t describe it, because it is something very emotional. It is a part of you coming back to you.”

The idea of Mosul Space was still alive for both of them, so after they got back together, they started to further develop Mosul Space, with the help of another friend. Important for them was, that they went back to Mosul and they could find a physical space, to have a maker space.

All the work they did to develop themselves as a group of young people proved valuable. Projects for Caritas Czech Republic and later for GIZ, allowed them to create their own physical workspace. Medical devices damaged by the war needed to be maintained for the Caritas Czech Republic. Mahmod: “The only group of young people who had experience with 3D printing at that time where people from Mosul Space.”

Working on entrepreneurship in Mosul

In recent years, Mosul Space has been able to expand the capacities of their organization. “So now we have a maker space and a small co-working area, we have a training room and a meeting room, and we are operating many training courses in business and technology.” With training, they also try to create awareness about entrepreneurship. “We want to promote this new culture for people who were controlled by ISIS for three years.”

Although Mosul Space has their own revenue stream, Mahmod explains that it is difficult to achieve complete financial sustainability due to the small private sector in Mosul.

If they do not get financially sustainable with funding and their revenue system, they will work with the volunteer model. The staff will have a job besides Mosul Space and they will have a team of volunteers. During the project, they already built up a community, and they want to take the new generation to take the lead. “At the end of the day, it is not my business. A non-profit is something social that  aims to build a better future for me and my city.”

Mahmod tells that by being involved in Mosul Space, they can develop themselves to get a job, while at the same time contribute to the community. “Maybe the opportunities are still not attractive and the market is not good, but they have the whole package to start things and then develop it.” 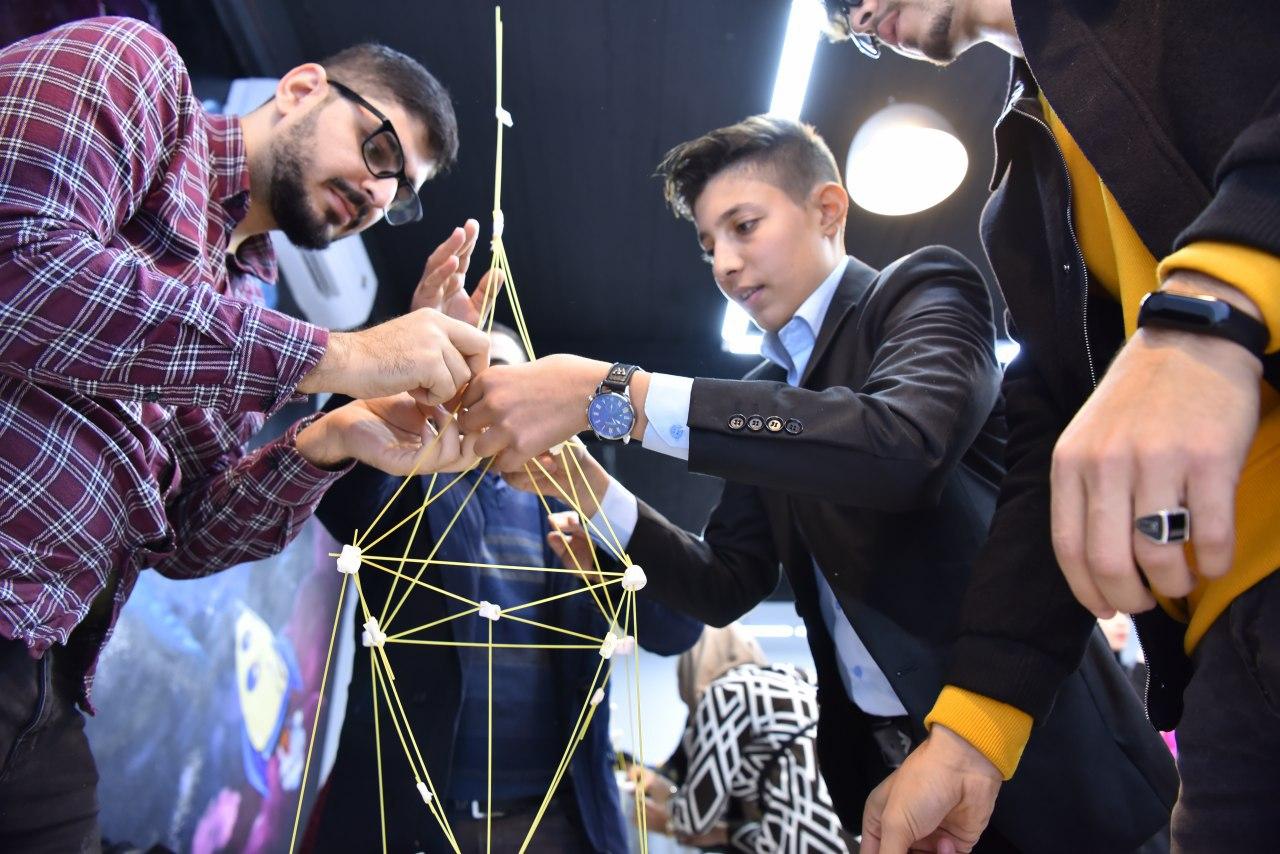 Creating solutions in times of COVID-19

During the corona crisis in Iraq, Mosul Space also did their contribution and at the same time promoting the idea that it is possible to create something in Iraq. With a shortage of many medical supplies, Mosul Space produced face shields, prototyped an electric machine to wash hands without touching and they are working on a machine to produce oxygen. During the lockdown, they offered 300 face shields to the hospital. Currently, they are looking for clients so that they can also produce the face shields in larger quantities. “We want to deliver the message that you can produce something even if you are with a small team.”

Albeit all the challenges Mahmod and his team are facing, he is optimistic about the future. “One of the models, the one I believe in, is to invest in young people, invest in their skills, and give them all the facilities to try and do things. Maybe they will fail, but in the future, when a component of the ecosystem will grow, they will become successful. We are coming from a very difficult situation, so our investment is community.”