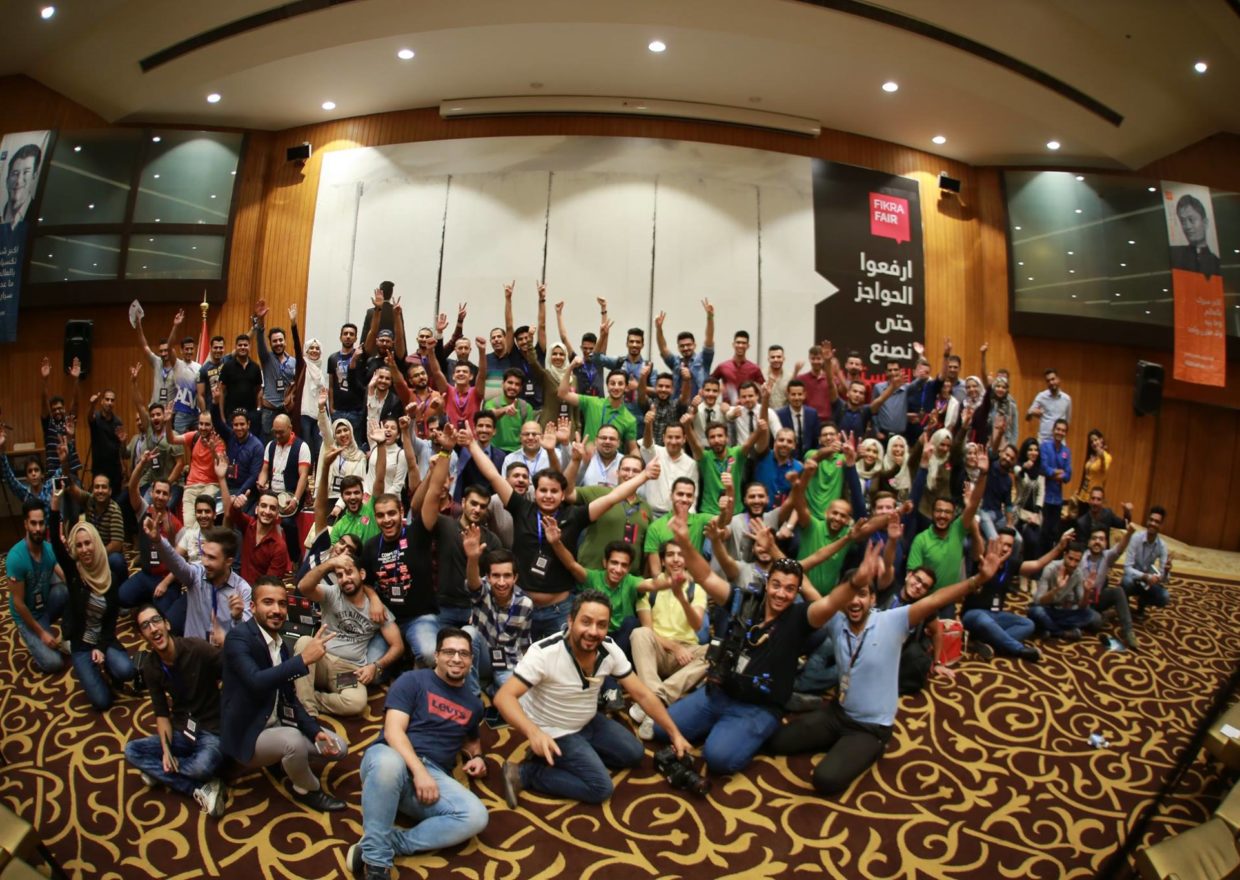 While Europe is caught up in the Coronavirus crisis, Iraq – apart from this pandemic – faces many other problems that need to be addressed. Therefore, social enterprises FikraSpace and the Station are attempting to create problem solvers in Iraq by focusing on entrepreneurship and technical talents. Although there wasn’t much attention for entrepreneurship in Iraq when FikraSpace started pioneering, a community has slowly emerged aiming to boost entrepreneurial potential in young Iraqi. The Station also became part of this community. As their co-working space was built to create a new mindset in young Iraqi. “We need risk-takers, we need innovators, we need leaders, we need mentors.”

In the past two years, the Station has been offering affordable co-working spaces to entrepreneurs in Baghdad. Rasha Albani – who has been involved in the Station since December 2017 – explains that space in Iraq’s capital is not as cheap as many people would assume. “Only someone who makes a lot of money on the side would be able to afford working space to develop their own start-up.” For 137 euros (150 US dollars), Station users can use a desk, meeting rooms and organize a monthly event. “The Station is more than just a co-working space, it’s truly a community centre”, says Albani. For example, they organize different sorts of programmes to boost entrepreneurship. “We are the first local co-working space in Iraq; that’s probably what I am most proud of”, she shares with a twinkle in her eyes. Besides being the first of its kind, the Station also managed to survive its first two years and is currently growing.

Five years prior to The Station, FikraSpace was founded. A group of high school and university students started a Makerspace – inspired by an Iraqi-American called Billal Ghalib – who travelled the Middle East around that time to raise awareness about the Makerspace movement. A Makerspace is a collaborative workspace to learn and work with different kinds of techniques and materials. Although entrepreneurship was an unknown phenomenon in Iraq at that time, they decided to shift their focus to entrepreneurship. Since that time, they have been a learning organization; always trying to offer the services that are in demand. Because there is a growing number of organisations in Iraq focusing on entrepreneurship, they decided to switch their focus to something they are good at: building technical talents. “We do this through four types of programmes (FikraCamps, FikraThon, FikraTeen, and FikraTalent)”, tells Ali Ismail, one of the founders of FikraSpace.

The Station and FikraSpace both want to change young Iraqi into problem solvers to address the problems currently facing their country. As Iraq has a very young population: more than half of its population is younger than 24 . “We have two million people who are doing absolutely nothing. No one is investing in them, no one is paying attention to them.” Albani, however, is seeing the potential in these young Iraqi: “You have tons of young people who are very talented, inspired, motivated, and very, very active.” There are enough problems to solve, according to Albani and Ismail. Clean water, traffic, safe roads, and homes for the old or orphans, to name a few. Given the size of the problems, Ismail stresses the importance of young people acquiring a ‘problem-solving mind’. According to the founder of FikraSpace, many problems mean many opportunities. “If they have a problem-solving mindset they can come up with a lot of solutions.”

“If they have a problem-solving mindset they can come up with a lot of solutions.”

Over the past decade, entrepreneurship has not been a self-evident path for young Iraqi. Albani explains that Iraq used to be a socialist country where people relied on the government for jobs and many other matters. Jobs provided by the government meant stability, and stability is of great importance in a country which recent history has been marked by war. Hence The Station is trying to make young people more independent and more open to new experiences.

FikraSpace experienced at firsthand how a lack of interest for entrepreneurship complicated their efforts to get funding. To make their dream reality, they approached a lot of investors and tech companies in Iraq and beyond. However, selling their idea turned out to be very difficult. With ISIS attacking Iraq, most of the attention went to helping people IDP’s, people who fled their home but stayed inside the borders of Iraq. Furthermore, their ideas were very new in Iraq as they were still in an experimental space and needed money to experiment. This was not in line with the requirements of the investors, however, who wanted a clear business model instead. In result, FikraSpace decided to work with what they had. Instead of organising events every weekend, they started a three-month coding Bootcamp once a year: the Fikra camp. In this way, they can hire people who fully focus on the programme.

The Station, on the other hand, has been more successful in getting access to finance. They organise several programmes for which they receive external funding. For example, the first version of the global entrepreneurship week in Baghdad, which was realised by the help of the Dutch Embassy.

Ismail recognizes that the attention for entrepreneurship in Iraq has grown in recent years. However, this involves a community-wise change and not a national change, he stresses. “It’s a community, not only of FikraSpace, but also of other initiatives.” People go to activities from this community and stick with the idea of entrepreneurship. “To move this change to the national level, more support from the government, universities and parents is required”, Ismail concludes.

Ismail and Albani both wish that Iraqi entrepreneurs will get the chances and attention they deserve. Albani tells that the entrepreneurs in Iraq want to be heard: “Baghdad is a vibrant and buzzing city, with a lot of talented individuals trying to reach their full potential. Ismail hopes that the ideas of young people in Iraq will become the focus of investors. “There are a lot of people and organisations who try to push those investors. I wish something will happen soon.”